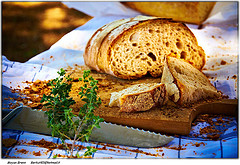 Yet another study - this one telling me something I've noticed in my own financial planning practice for several years. According to Prudential Financial's latest study, The Financial Experience and Behaviors Among Women, 53% of the 1,400+ women surveyed are primary breadwinners in their households. The study polled 1,410 American women and 604 American men between the ages of 25 and 68.

Women are taking on the primary breadwinner role for several reasons; because of their partners loss of employment as a result of the financial crisis, as a result of divorce and because women are marrying later in life.

In my financial planning practice, I've noticed the trend for several years, well before the financial crisis. And like the survey, I also noticed that my female clients did not always feel confident in making financial decisions. In the findings of the survey, only 20% of the women surveyed felt prepared to make financial decisions and only 10% feel knowledgeable in regards to financial products and services, compared to 45% for men. This despite the fact that they were the breadwinners in the household.

Another similarity between my practice and the survey findings is in the emotional aspect in regards to finance. Women in general are much more positive about the future, according to the survey, nearly 40% of women indicate that they are optimistic about the country's economic prospects, with 24% of men being pessimistic about the economy.

My style of working with clients, for both men or women, is to educate them and to gain confidence in making financial decisions. Once they begin to understand some basic financial concepts, their confidence grows their fears dissipate and they become more empowered around their personal finances.

Instead of giving their power away around money, women are creating informal networks to help each other understand the basics of money management and investing. They're seeking out financial advisors that have a fiduciary loyalty and who treat women with the respect they accord to men.  It's a beautiful thing to watch.

(after I posted this, I came across this article from More Worth that reveals that 60% of the women they informally surveyed 'kinda dig' being breadwinners - check it out)