Outsourcing Your Money Worries During Retirement 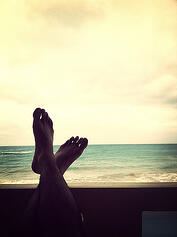 If you’re like most people near or currently in retirement, you’ve spent most of your adult life managing your personal finances to the best of your ability. You’ve witnessed your share of stock market crashes, often referred to euphemistically as “market corrections”, you’ve saved and hopefully invested well, and you’ve done what’s needed to have a nest egg large enough to never have to worry about running out of money during retirement.

Then the day comes when you say good-bye to your career and ride off into the sunset of your prime years. Perhaps initially you decided to manage your investments in retirement yourself without the guidance of an investment advisor like many people choose to do.

Let’s assume that your life partner was not in favor of you managing your investments during retirement, seeing the benefit of you not needing to worry about the stock market any longer, hoping that you could after all the years of taking on this major responsibility and doing it well, allow someone else to now take on the responsibility for you.

“Let someone else worry about the stock market ups and downs, time for you to relax and let that go”.

“Maybe down the road honey, but for now, I’m going to manage our investments and I promise to not to let the ups and downs affect my mood as much, promise”.

The above conversations did not happen exactly word for word, but pretty darn close as confirmed by Mrs. Jones. Of course I’m not using their real names. Mrs. Jones taught high school math in Berkeley for over 25 years. Mr. Jones was a sociology professor at UC Berkeley for close to 20 years. Both retired last year.

During our financial planning meetings as we designed their retirement plan, it was evident to me that a major flashpoint in their relationship was managing their investments. Mr. Jones had definitely done a good job managing their portfolio but his wife was concerned with the amount of stress he seemed to be living with, especially every time the stock market dropped significantly.

She also voiced her concern during our meeting that her husband’s moods seemed to be directly correlated to the ups and downs of the stock market and more worrisome, his seeming addiction to watching CNBC and checking their portfolio on the web a few times a day was driving her crazy.

What broke the camel’s back, so to speak for her, was a pre-retirement vacation they took last year in Maui. Although her husband promised he would not check their portfolio or watch CNBC during their 2 week vacation, he broke his promise many times, saying he needed to do it because of x, y and z, complaining to her that she just didn’t understand, that this was something he had to do and she was going to just have to get used to it. Oh boy! As she recounted this encounter during our second planning meeting, it was obvious to me they needed a new way forward, as this back and forth was not working for them.

It was not an easy decision for Mr. Jones to agree to provide me the opportunity to manage his investments and that’s totally understandable. He also knew that continuing along the path he was on was creating unneeded conflict in his marriage. So together, they made a decision that beginning January, 2013, I would take on the responsibility of managing their investment portfolio.

Was it easy for him to give up control? No way. Did he second guess his decision quite a few times during the first quarter of this year? You bet he did. Did he call me once a week for the first 2 months of the year to ‘check-in’? Yes. But as we got to know each other better and build the trust crucial for a successful relationship, little by little he began to let go and enjoy his newfound freedom.

All I needed to do was simply put myself in his shoes and understand this was really a hard call for him, have some compassion and humility and show him that working in a fiduciary capacity meant that I would always put their best interests first, period, full stop.

The inspiration for this blog was due to the call I received from Mr. Jones yesterday. You see yesterday I sent out an email to all my investment management clients informing them of my latest take on the shutdown and the impending debt limit situation we’re facing and my strategy for dealing with this uncertainty.

Mr. Jones called and he was practically giddy. He was concerned about the spectacle in Washington of course, but his giddiness was for another reason.  See he knew that worrying about the current stalemate in Washington and the collateral damage that it could have on the stock market was not his problem any longer.

As he said to me yesterday on the phone: “Mark, I couldn’t be happier you’re on top of this and I don’t need to worry about it. I’ve outsourced my money worries to you!”

He’s no longer watching CNBC. He feels no need to watch the stock market throughout the day. His health, specifically his blood pressure has come way down, he’s sleeping better than ever and his relationship with his beloved wife of 30+ years is better than ever.

Next week they leave for a trip to Vancouver and as he often says to me during our quarterly meetings; he feels like he’s living the good life. Not needing to feel compelled to watch every tick tock of the stock market has liberated him from a challenging problem and he’s a happy man to boot. To me, his words are priceless!