Boomers Crave Freedom; Retirement, Not So Much 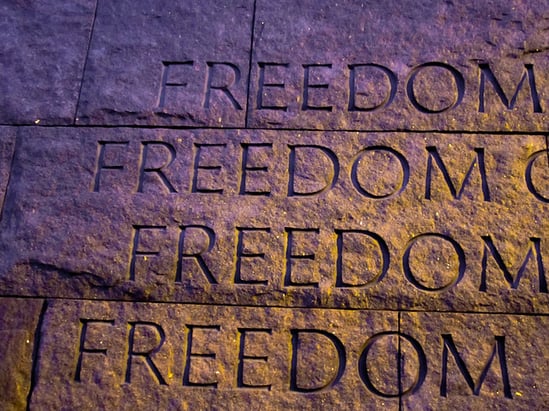 As many of my boomer clients get closer to that ‘magic’ number of enough savings to become financially independent, the concept of retirement, even just using the word ‘retirement’, is causing many to question what comes next.

"The concept...the very idea...of retirement is dumb. Waiting until some arbitrary age to enjoy life PLUS stopping all meaningful work all at once...DUMB. I will never retire. I will just do more of that stuff I like, and less and less of the stuff I don't."

Carl’s tweet is what prompted me to want to write more about the new way many boomer clients are thinking about the next phase of their life. And I’m going to put a spotlight on one of my clients that took a leap of faith and finally started ‘living the dream’.

The lawyer that became a college professor

Lori (not her real name), turned 60 last year and had what she described as a ‘mini life crisis’. Although she still liked being a trial attorney, her workload and stress had started taking a toll on her health. When I asked her last year what she would do if money didn’t matter, she answered instantly, be a college professor.

Lori loved the feel and vibe of being on a college campus and she said her time spent in law school were some of the best years of her life. Her husband had passed two years ago and her son Ben was a lawyer as well, with a promising career in front of him.

Her financial plan had her stopping work at 67. As she contemplated working another seven years doing something that she liked but no longer loved, the thought ad her feeling quite hopeless. That was until we decided together to change the assumptions of her financial plan.

Lori was a very high earner with a net worth of over $3mm. She was also quite frugal. She drove a ten year old car, lived in a modest home and lived well below her means. Her father was a trial attorney and her Mom was a judge, both working into their late 70’s before retiring. So the thought of ‘retiring’ at 67 felt indulgent to her.

I asked Lori if she would be willing to contact a few law schools in her area and get a feel for what type of income she could earn. At first she was quite reluctant as she didn’t want to get her hopes up that this could be a possibility. Although it took a few more meetings and some gentle yet persistent nudges to get her to contact law schools, she finally did it.

Then it came. An email with the subject line: exciting news to share with you. When we met the following week, in popped a smiling and excited client. She immediately shared the news about the strong interest she had received from three different law schools about a possible position.

NW-NS stands for no withdrawals - no saving. That was the strategy we used when we redesigned Lori’s retirement plan. Because she was quite frugal and had a high net worth, she only needed to earn enough as a law professor to cover her annual expenses.

Fast forward to June 2019. Lori slowly spent the first few months of the year winding down her law practice. She started her new position at a prestigious law school here on the left coast in June and earns enough, actually more than enough, to cover all her annual expenses. She now plans to work until age 70.

It really didn’t matter what Lori did over the next ten years. Maybe she’ll reinvent herself again, as she as always wanted to write a screenplay based on one of her most mysterious court cases. All that mattered is that Lori didn’t touch her savings for ten years.

The word Lori uses most often to describe how she now feels about her work is freedom. At our last meeting she said she may even want to work longer than age 70 as she so loves the feeling she gets teaching and being on a college campus.

Hopefully Lori’s story may inspire you to rethink your plans for retirement. Perhaps you have enough saved up that you could dare to dream about doing something you love instead of thinking of ways you can bull through the next 7, 10 or 15 years?

What if you made just enough to cover your total annual living expenses by reinventing yourself, doing work that truly inspires you, and that provides you the ability to not need to withdraw any savings as well as no longer needing to save money?

This is a new way to think about ‘retirement’ for sure, yet the time has come. I’ve watched so many clients slog through the last 5-10 years of their career, working hard to reach that magic number, only to have something unexpected happen like an illness or worse.

Perhaps it’s not possible and your living expenses are just too high to explore this NW - NS option, but what have you got to lose by seeing if it is indeed a possibility? The answer is nothing but time, the most precious commodity of all.

Finally, I mentioned Lori’s success to a client that has always dreamed of being a ski patrol in Vermont. He’s currently a surgeon and not getting the same juice from his work like he used to. Little does he know I already ran the NW - NS model and he’s good-to-go.

Imagine how much fun it is being a financial planner and informing a client….you know that dream you’ve always had about being a ski patrol in Vermont? Guess what, today we’re going to turn that dream into a reality. Lucky me!