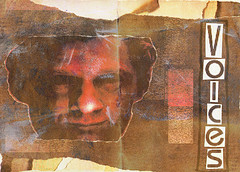 If you’re someone that has a hard time making decisions when it comes to money and you find yourself in perpetual procrastination mode about your personal finances, chances are you’ve got part tyrant and part rebel inside of you fighting for control.

Do you ever hear that voice in your head telling you to get your financial house in order, but somehow you never get to it?  You know the feeling of empowerment you would get if you just stop using your credit cards in excess, balance your checkbook and review your investment strategy.  Yet you put it off – again.  That voice in your head, your inner Tyrant, is your voice of reason. Sometimes sounding pretty harsh, the Tyrant tells us what we should and shouldn’t do.  The voice is about rules and rigid expectations and can be a controlling and demanding voice.

Which is why the other voice in your head, the Rebel, reacts in total rebellion to the Tyrant’s controlling influence.  The Rebel refuses to do anything it’s told to do and trusts no one. When the Tyrant says, “stop spending so much money,” the Rebel refuses to listen, and likely spends even more.

For some, the Rebel is the dominant force in their life, for others it’s the Tyrant. The Rebel learns to distrust and ignore anything remotely controlling, including your internal demands (the inner Tyrant). The Tyrant wants to be heard and wants cooperation. If ignored or rejected, this voice will become frustrated and it will grow louder and more demanding until it’s heard.

What you have in the above scenario is the Tyrant and the Rebel doing battle within you. One part of you says you should really get serious about your money and develop a comprehensive financial plan and the other part shows no interest or downright opposition. Neither the Tyrant nor the Rebel are listening to YOU, they have taken on their own personalities and are working in reaction to each other. When this happens, people feel stuck. Life energy cannot move in a situation where two parts of you are doing battle.

The most valuable action you can take to get positive energy flowing again is to step outside of yourself and observe what you are doing. Shining light on both the Tyrant and Rebel, seeing them as they really are, will lessen their power. You will realize that neither one of them is your intuitive voice talking to you. They are old reactionary voices that continue to run your life. The sooner you can see this, the quicker you can let go of what they are saying to you.

The true source of power that will attract abundance into your life is always going to be your inner voice, receiving guidance, and acting on it. Your inner Rebel and Tyrant will not go away easily. Yet the more you practice being the observer and steeping outside of yourself, the sooner these internal conflicts will fade and allow your true divine power to come shining through.

voices photo by The Textile Blog