Think and Grow Rich for Women 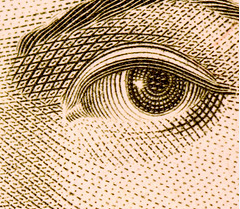 With so many books about money being published, how does one book set itself apart from another?

One way to perform that magic trick is to ask and receive permission from the Napoleon Hill Foundation to use the famous title Think and Grow Rich and add for Women to the end. Voila! You have now set yourself apart from the pack and in my opinion created a must-read for any women interested in achieving financial success.

Think and Grow Rich was originally published during the Great Depression as a self-help book. According to the Napoleon Hill Foundation, by 2011, over 70 million copies worldwide have been sold. While the title implies that this book deals with how to get ‘rich’, it’s so much more than that. If you enjoyed reading Deepak Chopra’s The Seven Spiritual Laws of Success, then you’re going to love the philosophy and spirituality illustrated in Think and Grow Rich as well as Think and Grow Rich for Women.

And although we’re in the 21st century, women still struggle with managing their personal finances as they navigate through what unfortunately still remains in many quarters an industry still not sure how to talk with women let alone empower them. That said, times, they are a changing quickly, as evidenced by the many women in our country that are finding ways to increase their financial intelligence as well as their financial security and prosperity. These women that have reached financial success are paying it forward by helping other women succeed as well.

Here are some excerpts from Think and Grow Rich for Women, written by Sharon Lechter, that I hope inspires you to want to read her book. And remember please, although it’s so easy to order this book from Amazon with one click, don’t forget that your local library will have plenty copies as well.

“These financial statistics prove, without a doubt, that women have tremendous power and influence globally. Can you imagine what would happen if women came together and used their economic power to create positive change?”

“The U.S. Dept. of Education estimated that in 2013 women earned:

“What does success really mean? The reason more women ask is because the answer is likely more complex for them than it is for men. Gender intelligence expert Barbara Annis believes the definition of success for men is simple. It’s winning. Success might come in the form of more money or a better job or a better parking space or a hotter wife. But success is about besting the competition, in any number of contests, period."

“Women, of course, want to win, too. But Annis argues they also want to be valued. She relates that in her experience as a consultant to a range of Fortune 500 companies, the number one reason women leave their jobs is that they feel their work is undervalued and their strengths overlooked."

“This book has purposely followed the chapter outline of the original book, Think and Grow Rich, and addressed each of Napoleon Hill’s “13 proven steps to riches”, through the eyes of women for women. While I believe the specific steps to riches and success are the same for both men and women, I believe as women we fundamentally approach those principles with different beliefs, different attitudes, and different strengths and weaknesses."

“Think and Grow Rich for Women shares the 13 steps to success for women through the eyes and experiences of women who have created lives of success and significance. Now it’s your turn."