A $1 Million Dollar Nest Egg for Retirement - Is it Enough? 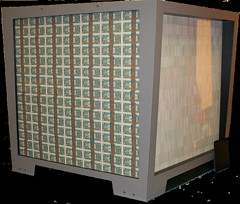 The following is an excerpt from a recent article, titled, For Retirees, a Million Dollar Illusion, that appeared in the New York Times, Your Money section. Anytime there’s an article that discusses your ‘number’ needed for a safe and secure retirement, I’m hooked.

The article drew so much attention and received so many follow-up comments that the author actually wrote a follow-up to his original article. I encourage you to read the original article in full as well as the follow-up and see for yourself if $1 million is enough to safely retire.

“The maximum Social Security benefit for a retiree at 66 this year is $31,000 — about the equivalent of drawing down 3 percent a year on a portfolio of $1 million."

“Without another source of income, perhaps from traditional pensions from either or both spouses, a household like this won’t come close to replacing 80 percent of its pre-retirement income — often considered an acceptable target level.”

“There are a few steps that people can take on their own. “When you’re younger, and have a lot of human capital, you can save more and put a lot of the savings into stocks. And then you can gradually shift into bonds as you age, fully understanding that the bond income may be quite limited. When you’re in your 50s, you can try to save as much as you can, and try not to get accustomed to a lifestyle that you won’t be able to afford later on.”

As a follow-up to this post, here is yet another article from the NY Times describing the fragility of our nest eggs.