Think You Can Outsmart the Stock Market When You Retire? 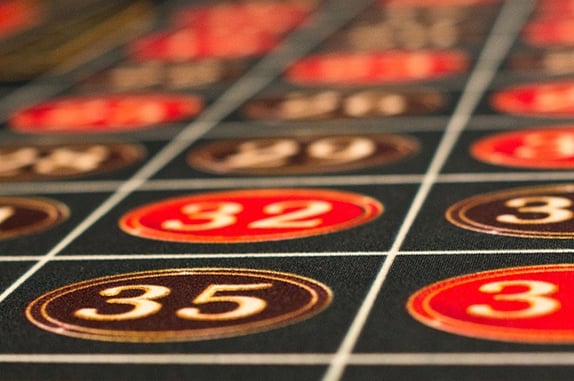 Last week, a good friend asked me if I would look over the retirement plan his financial planner had just completed. Let’s call my friend, Steve.

And for the record, if I may digress, I’ve discovered the hard way that maintaining and keeping long-term friendships intact when your occupation is financial advisor, means making sure your friends understand why recommending they work with an independent advisor who is not their friend, yet puts their best interests first. Sounds easy, yes? Not so much. On to Steve’s story...

Steve is a big spender and a huge (can we still use that word?) risk taker. He has pretty much lived way beyond his means most of his adult life. He’s a risk taker that’s been willing to put it all on red or black, so to speak, so many times that I’ve lost count.  And fortunately for he and his family, his risk taking produced more wins than losses, and it put him in a position to retire and be financially independent at the age of 57.  Bravo!

Steve and his wife would like to retire at the end of this year.  Their kids are all on their own. Besides adding to 529 education plans, and maybe help with a home down payment, they’re good to go.

As I reviewed Steve's plan, something didn’t seem right to me. The plan itself was very well developed. It was customized, not a one size fits all report, and the attention to detail and overall retirement income strategy was impressive. This was good, solid work. But something looked off when I reviewed their overall spending plan starting in 2017.  My first reaction was, no way is this going to work,  no way would Steve cut his spending by 30%, which was the tradeoff required in order to retire next year.

This compromise meant he and his wife would never risk running out of money the rest of their lives, even with the most conservative investment return assumptions. The Steve I know and love would want to increase their spending by 30% next year, if not 50%, not lower it. So what was up? Was he perhaps accepting reality, that in order to retire earlier than most of his friends and peers, the tradeoff was having to spend less? Count me as suspicious.

So I called Steve to give him my feedback. I let him know that his plan overall looked good, but that I was surprised that he had agreed to the lower spending beginning next year. And here’s where he spilled the beans.

He said he nodded his head and agreed during the meeting with their advisor. He told his wife that he agreed to the spending plan on the drive home. But all along he had another plan brewing in his mind and was saying to himself, I’m going to take $250k of my nest egg, open a new brokerage account and day trade. I’ll make 20-50% at a minimum in gains each year and that’s how I’ll make this plan work. He said he heard about day traders making $50,000 in one week. Why not him? What could go wrong?

Wait, what? Seriously, that was my reaction when he laid out his plan of outsmarting the market, which is what most day traders, also known as gamblers, think they’re clever enough to do.

I have seen more than my fair share of marriages destroyed and people’s lives ruined by attempting to beat the market as a day trader. On the surface it sounds like an adrenaline junkies dream. Super high stress, followed by scoring big, really big, in the markets. But that’s a myth and not reality for most traders.

The reality is day trading/gambling is very addictive and destructive. Yes, maybe out of every 10,000 day traders, a few do win big. But the vast majority lose, and lose big time. They not only lose their nest egg eventually, but often their marriages as well.

And it’s not the actual loss of the couple’s lifetime savings that causes a marriage to end, it’s the lies and deceptions that cause the rupture.

Happily Ever After - Hopefully

After a long and at times challenging conversation last week, Steve decided he’s going to hold off on retirement for a few years. The deal breaker was when I let him know he had to tell his wife that he was planning to do day trading/gambling with $250k of their savings. I knew once he told her his plans that would be the end of that.

This story, so far at least, ends happily. But there will continue to be people that think they can outsmart the market and risk losing their lifetime savings.

Bottom line, make peace with where you are financially once you’re able to retire. Know when enough is enough. Forget about all the would have’s, could have’s and should have’s. Here’s where you are right now. Be grateful for that and the rest will all work out.