Planning for Retirement, What Baby Boomers Need to Know 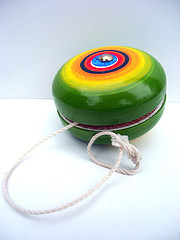 The generation of Americans that grew up during the Great Depression and later went on to fight in WW2, have been described by Tom Brokaw as “The Greatest Generation”. Retirement planning for the greatest generation was very different than it is now in the 21st Century.

The greatest generation had little need for investing, or knowing how to invest, since much of their nest egg was in their pensions or their homes.  They were not burdened with the challenge of deciding which mutual fund, stock or bond to pick or how to construct a secure retirement portfolio. Generally speaking, a new retiree of that generation had a financially secure retirement not due to the skill and prowess of their investing savvy, but instead they relied on professional money managers that managed multi-billion dollar pension funds - and conservatively at that. Any surplus savings they did have to invest went mainly into CD’s at local savings and loans. Banks competed for your savings by offering higher CD and savings interest rates than the bank up the road. Although the options were fewer, so were the decisions to make - which made life easier.

Welcome to retirement planning for the 21st century.  Unless you’re part of the small minority still covered by a defined benefit pension plan at work, then the 401k, 403b, SEP, Simple, Traditional and Roth IRA’s will be your retirement investment vehicles of choice. The Zeitgeist of this time period could best be described as: You’re On Your Own (YOYO).

In this YOYO period, opportunity and risk lay side by side one another. Instead of your employer managing your pension fund, now you are in charge of making sure your investment choices result in accumulating enough money to last a lifetime. Choosing the right stocks and bonds, the right mutual funds, the proper asset allocation, Roth or Traditional IRA - you are now empowered to make these choices yourself. If done well, making these choices provide a great amount of opportunity to the savvy investor – if not, there is much more risk to the less informed investor. Most people are very uncomfortable in this new role and feel ill equipped to handle the responsibility.

For those who lack the knowledge, self confidence, ability or willingness to learn the concept of investing money, it can be uncomfortable and intimidating to discover they’re totally and completely in charge of their financial destiny. This provides a level of risk to a person’s financial future that was not the case for the greatest generation.

If you want some guidance in planning your safe and successful retirement, give us a call.

This post is an excerpt from my e-book The New Retirement Planning, 7 Essential Steps to a Great 21st Century Retirement Plan.  You can download the FREE e-book here.